“Come back to Ireland,” they said, “it’s the Celtic Tiger, the economy is booming, everyone’s making a fortune.” As luck would have it, 2003 was the recession that almost was, and we couldn’t find jobs for love nor money. By the time we were down to our last €70, it was time to invent our own future, or emigrate again.

Having both worked in publishing in London, South Africa and Australia—back in those heady days when publishers were like rock stars—we had grand notions of starting a publishing company. After all, The RTÉ Guide was selling almost 120,000 copies per week, and Woman’s Way was selling over 30,000 copies per week. And so, bursting with blind faith and entrepreneurial optimism, Zahra Publishing was born.

Our first magazine was Easy Food, which aimed to solve the perennial ‘What for dinner?’ challenge. It was a challenge that thorough market research and common sense told us that consumers were facing daily—despite 20-year-old ad agency execs telling us “no one cooks at home, so this magazine will never work.” Finding out that Easy Food had become Ireland’s No.1 food magazine in its first issue was a good (and satisfying) day. There’s been many good days since, too; now, one in two food magazines sold in Ireland is Easy Food.

It provided the launchpad for a publishing stable with magazines centred on the premise of purposeful content. Our stated mission was to be a solution-based publisher, creating content that consumers could truly connect with, and that would help them solve their everyday problems.

Our stated mission was to be a solution-based publisher, creating content that consumers could truly connect with, and that would help them solve their everyday problems.

Our own “everyday problem”? Well, it arrived in 2008, lasted for five years, and there wasn’t a magazine in the world to help us solve it. In fact, magazine newsstand sales around the world fell off a cliff. Many closed, but the biggest issue took a while to uncover; that the failed economy was masking the digital disruption bubbling under the surface like molten lava.

Knowing we needed to meet consumers where they wanted to be met—which was no longer just print—we pivoted, brand extended and merged (with eumom, which we rebranded to everymum), and in so doing transformed from Zahra Publishing, to Zahra Media Group.

Our merger with eumom meant that we had created the largest and fastest growing multi-platform food and parenting communities in Ireland, leading us to think long and hard about what our superpowers are. Boiled down, they are a power combo of ‘storytelling’ and ‘building communities’. Journalists have turned a dime telling stories since time began, while selling tens of thousands of magazines each month and establishing a digital community with over 220,000 opted-in members is all about building loyalty with people connecting with your content. You could say the proof was in our pudding.

With that, we began applying our superpowers to working with brands that wanted to connect with their own (and often our) audiences, through purposeful content.

And then, because life loves a good curveball and the insights that follow, COVID sent us all to our rooms for a timeout. The enforced pause provided lots of room for reflection—and we realised that the world was changing and that we as a company needed to change too. But how, and to what?

The enforced pause provided lots of room for reflection—and we realised that the world was changing and that we as a company needed to change too.

We divided our team into cross-functional project groups, and allocated a meaty business challenge to each of them. These were all projects or problems we had been meaning to think about and solve for some time, but had always been pushed down the to-do list. Each group had around eight weeks to come back with a recommendation, with check-ins along the way. A component of each group’s work was to look outward and develop an objective view of what the market wanted, needed, and—most vitally—thought of us.

The findings were startling and humbling. Turns out that while the market wants what we’re selling, they’re confused about what we are and what we offer. The clients who have worked with us love us, but not enough people know us. Looking inward, some parts of the business have pockets of excellence while other parts are buying that expertise in. And finally, being a 17-year-old boot-strapped business that had grown organically meant we’d outgrown our processes. Plus, everyone (internally and externally) called us ‘Zahra’ and not Zahra Media Group.

It was time to think like a startup, with the benefit of a few runs on the board.

And so, here we are… We have flattened our structure, broken down the silos and put in new processes. We identified the skill gaps in our multi-talented and diverse team, and made two new hires to complement. We’ve refitted our video and podcast studio, and launched an e-commerce division. We’ve dropped ‘Media Group’ and will now be known as ‘Zahra’. And an internal design contest resulted in our gorgeous new logo and brand guidelines—providing a starting point when we rebuilt our website from the ground up.

But most importantly, everyone at Zahra is united in our mission; to help brands connect to the audiences they want, through the creation and distribution of purposeful content that connects.

But most importantly, everyone at Zahra is united in our mission; to help brands connect to the audiences they want, through the creation and distribution of purposeful content that connects.

Because more than ever, it’s connection that we’re all yearning for right now—and Zahra is ready to help. 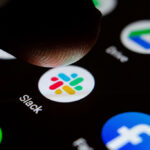 The importance of great content for successful internal comms 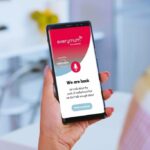 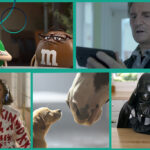 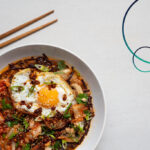 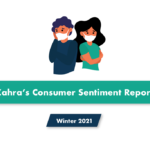 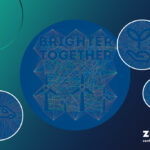